Dave co-founded Wildlands Conservation, Inc. in 2003. In addition to managing the organization’s daily operations and staff, he is a wildlife biologist that specializes in land management, habitat restoration, and applied wildlife research designed to gauge the success of restoration/management strategies. He has personally authored and implemented land management plans for counties, private landowners, and the State of Florida. He was previously the land management coordinator responsible for managing all of Pinellas County’s preserves.

Dave is a wildlife biologist that has professionally specialized in land management and applied wildlife research related to land management for most of the past three decades. He co-founded PEER (Preserving the Environment through Ecological Research), Inc. with a friend back in 2003. PEER later switched its name to Wildlands Conservation, Inc. He is primarily interested in landscape-level conservation, resource management, wildlife/habitat correlations, and wildlife response to various management and restoration strategies. Prior to his specializing in these areas, Dave was the land management coordinator for Pinellas County’s preserves, including Brooker Creek Preserve, Weedon Island, Shell Key, and Mobbly Bay. Before that, he was the lead wildlife biologist with an international engineering firm; his charge was to address all listed species issues in the southeastern United States. Throughout his career, he has worked as a wildlife biologist in projects throughout the United States, including in the states of Massachusetts, Vermont, New Hampshire, Maine, New York, Pennsylvania, Virginia, North Carolina, Georgia, Louisiana, Texas, Illinois, Michigan, and New Mexico.

He has conducted hundreds of general and species-specific wildlife surveys using techniques ranging from mark and recapture (amphibians, reptiles, and small mammals) to the use of radiotelemetry (gopher tortoise and black bear).

He is a recognized expert in both bird and herpetofauna identification and habitat correlations and has been called upon several times as an expert witness by County and regional regulatory authorities. In addition to professional collaborations with local Universities and local governments, Mr. Sumpter has also been very active within the community. Dave has:

Neal is a quantitative ecologist with over 18 years of conservation experience in Florida. At Wildlands, Neal is the Director of Research and Lead Instructor for our Authorized Gopher Tortoise Agent Training. His academic areas of expertise are in experimental design and statistical analysis, with a focus on the interaction between habitat management, community ecology, and listed species conservation. He has coordinated large research projects on herpetofaunal communities in central Florida, and participated in numerous wildlife surveys for threatened species in the state. Neal’s Master’s research focused on the long-term use of prescribed fire as an effective management tool for herpetofauna. His dissertation work developed a conceptual framework for predicting the combined effects of multiple stressors on aquatic communities and disease dynamics. He received his Bachelor’s degree in Biology from the University of Wisconsin – Stevens Point.

Eric is an ecologist with expertise in wildlife ecology, reintroduction biology, herpetology, listed species permitting, conservation biology, and geographic information systems (GIS). Previously a Gopher Tortoise Conservation Biologist with the Florida Fish and Wildlife Conservation Commission (FWC), Eric managed all gopher tortoise issues within 12 southwest Florida counties. As a survey crew leader for the Joseph W. Jones Ecological Research Center, he led gopher tortoise population surveys on state conservation lands in Florida using Line Transect Distance Sampling. Originally from the Midwest, he has also worked for both the Iowa and Minnesota Departments of Natural Resources and served as an AmeriCorps member. Eric holds a B.A. in Biology from Luther College in Iowa, and has a Graduate Certificate in GIS and a M.S. in Biology, both from Missouri State University. His graduate research focused on the reintroduction efforts of the state-threatened ornate box turtle to a U.S. Fish and Wildlife Service refuge in Illinois. Eric is currently on the Executive Committee of the Gopher Tortoise Council.

Tara is an ecologist at Wildlands Conservation. She graduated with a B.S. in Wildlife Ecology and Conservation from the University of Florida. She has worked as an IFAS Florida Bonneted Bat monitoring field technician in various preserves in southwest Florida—investigating the effect prescribed fire has on Bonneted Bat activity levels. Tara also has experience as an Ecosystem Management Technician through the Student Conservation Association AmeriCorps program at Ocala National Forest. In Ocala, Tara worked to survey and monitor listed species, control non-native invasive plants species, perform trail maintenance, and coordinate environmental outreach events. Tara plans to continue her education and earn a Master’s in Restoration Ecology.

Victoria is an ecologist and the Internship Coordinator at Wildlands Conservation. She has experience working as a research technician on our Skink Research Project and completed an internship at Wildlands. Victoria has an Associate’s Degree from Hillsborough Community College and will be graduating soon with a B.S. in Conservation Biology from USF; she will also be completing a GIS certificate post-graduation. 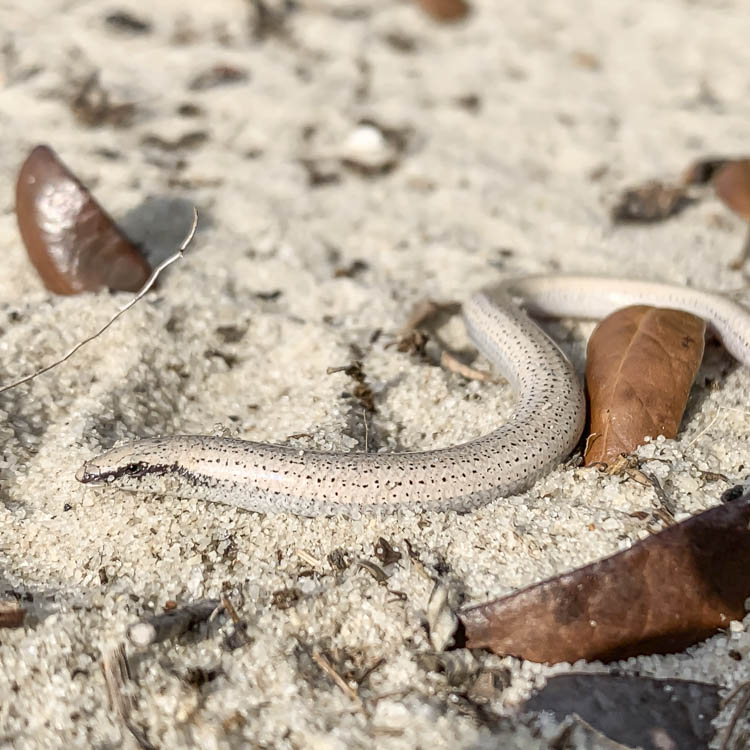